Ever get the impression that people assume the practical part of a Drama and Theatre studies exam is a bit of a let off?  Well, in actual fact, in written exams we have a huge amount of time to prepare, so we can practice answering the questions a hundred times over so that when it gets into the exam it’s just a case of remembering the information and applying appropriately. Yet, when it comes to a Practical Drama exam, it’s no longer a case of preparing theoretically for the exam, but of being 100% concentrated and focus for a period of time. So in an exam if you spell something wrong or write an entirely wrong paragraph, you can cross it out and start again. In a Practical Drama exam, however, if you mess it up in a single moment, it could cost you some vital marks.

Here are some simple tips to help ensure you are fully prepared and stress-free before that vital practical examination...

Tip 1 – Know your lines back to front.

I would at this point suggest you should know your lines, blocking and direction like the back of your hand, but I couldn’t tell you much about the back of mine so let’s just say make sure you know them really, really well. Like the back of favourite Call of Duty map, let’s settle with that.

A good way to ensure that you are 100% confident with your lines is to speed run them. Get together with the other performers in your group and run through the scenes as fast as you possibly can. This will train your memory to act almost impulsively when receiving the cue from someone else’s line. It acts almost as muscle memory, and by going so quickly, it ensures that you aren’t hesitating to remember because the moment you hesitate, you go back to the beginning and do it again. And again. Until you get it right. Be vigilant with your brain and the more you do it, the more you will associate certain parts of the script with images in your brain or even the intonation of their voice, and these will act as the trigger.

Knowing your lines inside out is a great pressure and weight off your shoulders walking into that exam, and doing it together and seeing everybody else is confident ultimately helps the environment of the group.

Some quick red hot tips on how to memorise lines!!!

“And run through fire i will for thy sweet sake,

That through thy bosom, makes me see thy heart...”

At this point the next line begins “but where is Dimitrius?” so I would suggest creating a connecting image between “makes me see thy heart”; the image of seeing can connect to the idea of looking for Dimitrius. So straight away we have connected the first part of Lysander’s monologue, to the next part.

Tip 2 – Fully in Character before it even nearly begins.

Now don’t worry, I’m not about to ask you to ‘get deep for a minute’ or ‘to really get a feel of the character’ or any of that malarkey. All we suggest is to make sure that a good hour or so before the examination begins you really start to focus on the task ahead. Nerves and excitement can get the better of us and we can end up just chatting to each other, as ourselves and then ultimately not being in the right frame of mind for what is a serious exam. Now, without asking you to start dressing like your character and talking like your character at the dinner table. No one wants Bertolt Brecht’s Mother Courage around for dinner. Nope.

The best thing you can do is start to fully settle yourself, do some breathing exercises (which I will discuss shortly. Yes, I know it’s exciting but wipe down your computer screen of the water you just spat out in shock) as this is what we suggest you do...

Now before you start moaning that I’m asking you to breathe, bear in mind that it is much more of a demand to ask you to learn pages and pages of lines than it is to breathe. We all breathe every second of the day, a few controlled breaths won’t harm anyone...the opposite, in fact.

This is the point where we need to channel our ‘inner-gap yah’. If you’ve never been on a Gap Yah (translated into Gap Year) then you won’t need to once you’ve finished this exercise. You’ll just be missing the novelty Harem trousers that were bought in India and Made in China.

This is just a simple breathing exercise that ensures our brain is getting enough oxygen and ultimately a lot of endorphins that will help us in terms of concentration, energy and complete focus. The exercise goes as such; it is the most commonly used and also the easiest to do!

If you take these simple steps, you are 80% of the way to nailing your Practical exam, all you need to do now is DO IT. 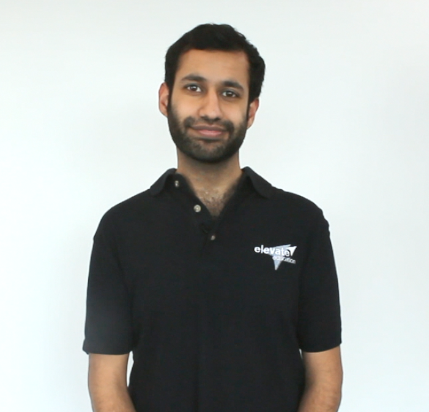 How to make Shakespeare make sense

The language can seem inaccessible and alienating and the huge themes tackled at first are totally incomprehensible. However, there are a few techniques you can use which will open up an entirely new world of Shakespeare, and in the long run enhance your exam answer.

You’ve written your intro, planned out your key themes and are ready to get in to the main body of the essay…

How to hack Spanish

How many ways can you express an opinion? These small sentence structures can make all the difference...

Speeding up study without cramming

Not much time until exams? Use these simple stpes to get the essentials done in time!

Use these 7 tips to help you with music.